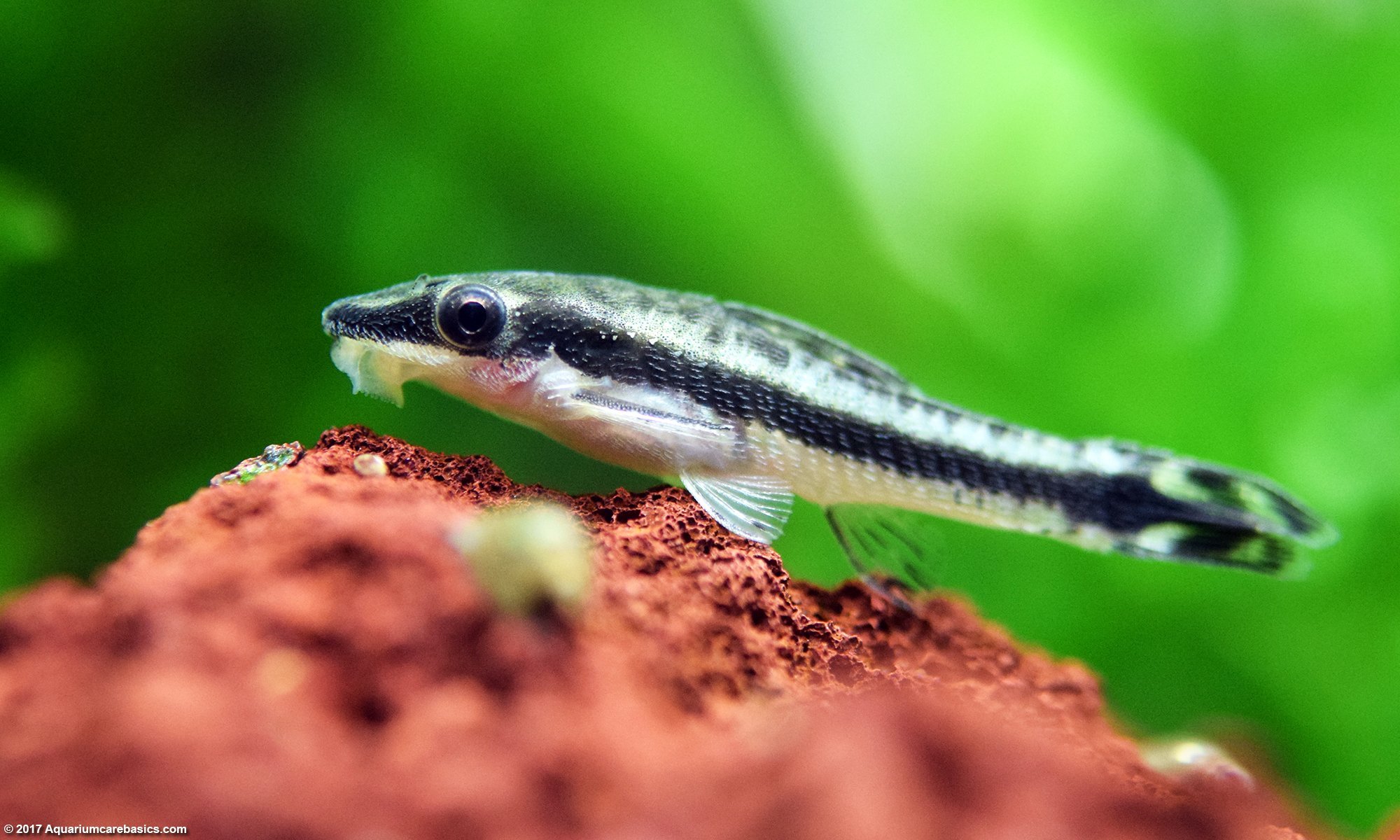 It is often said that Otocinclus Catfish care is relatively easy. But while care should be easy and straight foreword, keeping Oto Catfish can be tricky because they a delicate freshwater aquarium fish. Otto Cats often die shortly after being added to an aquarium, even after appearing to be healthy, active and feeding well during the first few days. That said, some can live over one year and grow in size…under the right conditions and with a little luck.

In terms of Otocinclus Catfish care, Ottos should be added to a well established, mature, stable and clean aquarium in order to allow them the greatest chance of survival. Otocinclus Catfish like heavily planted tanks with a good amount of established algae growth, especially of the soft filmy and soft green varieties.

An Otocinclus feeds on soft algae buildup growing on hard surfaces of the tank. That’s why its important to make sure the tank is clean, but not “too clean”. Otocinclus food can also include supplements such as algae wafers and even some fresh vegetables like green zucchini slices.

Some Otocinclus will eat green zucchini slices and some will not, so try it out for a few days. If the Ottos do not appear to be interested, take the zucchini out of the tank before it decomposes, disintegrates and creates water quality issues.

An Otocinclus Catfish is a small fish. They can grow to be about 1 1/2 – 2 inches when fully mature. Because Otocinclus Catfish size is small, they are very quick fish, being able to dart from one end of the tank to another in a flash.

Water Parameters: Aquarium water for Otocinclus Catfish should be in the following tropical freshwater fish range:

Be sure to keep water well filtered and moving steadily, with Ammonia and Nitrites 0 ppm, and Nitrates very low as well. And be sure to conduct regular partial water changes to make sure tank water keeps its buffering capacity. Be careful with sudden shifts in water temperature or parameters as they can really stress Otocinclus Catfish and even cause them to die soon thereafter.

Because Otocinclus Catfish are non-aggressive by nature, they have no means to protect themselves. So its important to choose tank mates wisely. Otocinclus Catfish can do well with most other community tank fish, especially Cory Catfish. Also, Otocinclus can do well in freshwater shrimp tanks and freshwater snail tanks. Snails can include the likes of Nerite Snails, Ramshorn Snails, Mystery Snails, Gold Inca Snails, Ivory Snails, Malaysian Trumpet Snails, Rabbit Snails, Japanese Trapdoor Snails and Pond Snails. Shrimp can include species like Bamboo Shrimp, Vampire Shrimp, Red Cherry Shrimp, Ghost Shrimp, Amano Shrimp and Whisker Shrimp. Its not a good idea to keep Otocinclus Catfish in tanks with Cichlids, Goldfish or aquarium crayfish. Roughens like Oscars, Jack Dempsey, Texas Cichlids and Striped Convicts can harm, kill and eat Ottos very quickly. If there is any question regarding compatibility, always check with the store clerk before buying.