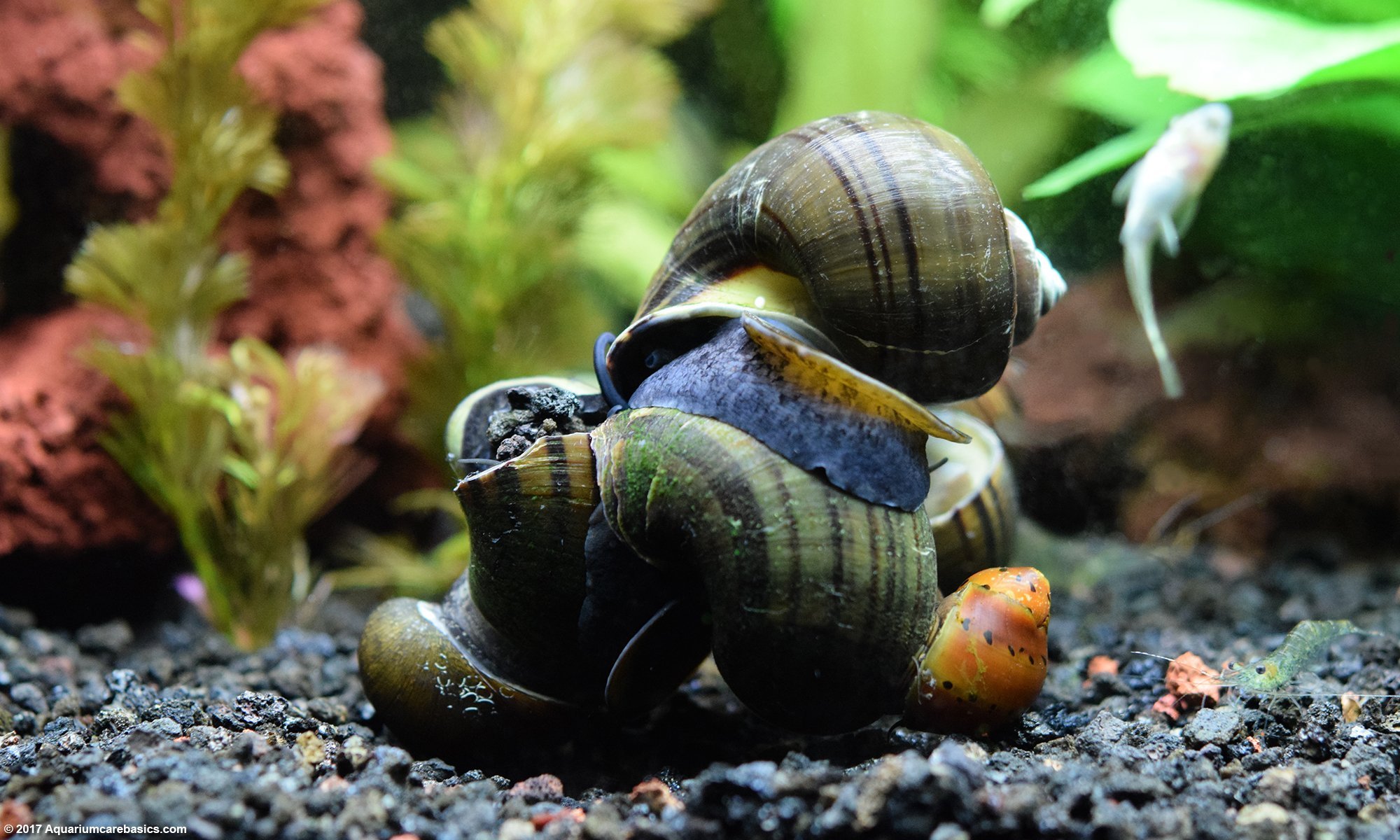 When keeping freshwater snails, its important to avoid sudden abrupt shifts in water parameters. Its also important to make sure snails have a calcium rich diet. Calcium is necessary for growing and maintaining healthy shells.

Ivory Snails: With their creamy white colored shells, Ivory Snails are another type of freshwater snail that can work well in a community tank. Like Gold Inca Snails, Ivory Snails like to scavenge the tank for uneaten food, dead or decaying plant matter and soft algae on hard surfaces. Ivory Snails may also be interested in eating supplements of nearly any kind including fish flakes, algae wafers, tablets, pellets and even some blanched green and leafy vegetables.

Pond Snails: More often than not, pond snails are the type of freshwater snails that end up in tanks by accident. Pond snails can make their way into tanks by being attached to live plants purchased from the store. Sometimes, they are even in the display tank water used to transport fish in the plastic bag from the store. Other times, live plants can have small pond snail eggs on them. Whether pond snails are considered to be pet or pest depends on each hobbyist.

Rabbit Snails: One of the more interesting freshwater snails is the Rabbit Snail. A Rabbit Snail is a peaceful, non-aggressive slow moving tank mate that can help keep tanks free of otherwise uneaten food and debris. Rabbit Snails have very intriguing look, and they can reproduce in fresh water.

Trumpet Snails: Another group of freshwater snails that can either be introduced as a welcomed inhabitant or be dreaded as an unwelcome guest are Trumpet Snails. With their cone shaped shells, Trumpet Snails can spend hours on end eating soft edible algae buildup from hard surfaces. Tank glass and aquarium filter intakes are good examples. Trumpet Snails are also good diggers. They make their way deep into gravel or substrate to search for edible matter under the surface.